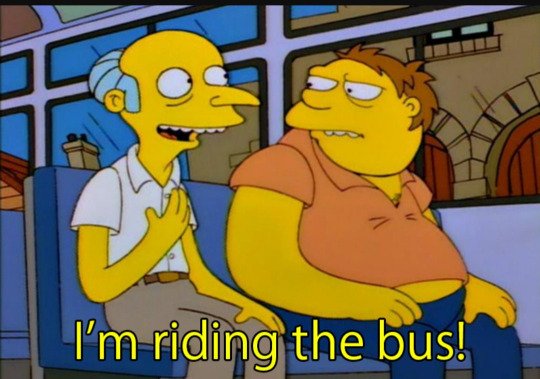 The Court of Justice of the European Union today declared the Data Retention Directive invalid in a joint case brought by Digital Rights Ireland and an Austrian group. This is a great win by privacy advocates against a law that was over reaching, uncontained and unsafe. The courts own press release is a short three page read but some of the key elements include (all emphasis theirs):

This is indeed a good day for digital rights, privacy rights and common sense. We all owe a debt of gratitude to the volunteers at Digital Rights Ireland.

Official Ireland with its head up its own ass – par for the course really.

Well, under the legislation the [Personal Insolvency Practitioner] is to try and keep the family in their family home if at all possible. The PIP will have to assess the existing mortgage on the family home, if it’s a modest house, if it’s a trophy house.

In practice, the PIP will also have to assess the type of house that might be needed for a professional person such as a solicitor, accountant or a hospital consultant as opposed to a house that’s needed by someone who is in the PAYE sector for example, so that, as a PIP, I would be making a very strong case, for example, that a solicitor should have a bigger house that accords with his professional status in society so that his neighbours and clients can see that, yes, this person is a good solicitor who’s is living in a good house etc. etc.

It was incredulous. I wrote the below comments on it (including the update) just a short while ago, but, as I typed, Jim posted an apology (copied below) on Friel Stafford‘s website:

I would like to acknowledge and sincerely apologise for the hurt and distress that my comments to RTE have undoubtedly caused.

Simply it was not my intention to offend.

In particular, it was not my intention to create a distinction between so called professional classes and PAYE workers nor appear to further the causes of a particular debtor type.

I believe that every person has a passionate concern to retain their family home.

I fully appreciate the distress that financial difficulties cause any one, no matter what their financial circumstances may be.

I fully and unreservedly apologise for my comments.

I’ve left my original comments below also. Why? Primarily because I’m not sure I fully accept or believe the apology. He may very well have being acting as a PIP should – in full defense of his clients to get the best possible outcome. Or he may actually believe what he said. Or he may truly have misrepresented himself in the glare of a live radio studio.

Either way, as you can hear in the interview, when pushed he reinforced those original remarks. I don’t want to dance on Jim’s misfortune here, but it is still a great example of a segment of Irish society.

Charlie Weston of the Irish Independent also writes The message is clear: plebs need not apply for service.

Are these so called professionals more entitled to a large home that they can no longer afford than someone in the PAYE sector?

Is this just another example of the kind of shite that goes on far too often in this country? One self-appointed professional looking out for those that he considers his peers? If so, it’ll be at the (literal) cost of the tax paid by those in the PAYE sector.

Official Ireland with its head up its own ass – par for the course really.

This has subsequently been covered in a number of media outlets:

In the latter article, Mr Stafford admitted to being clumsy with his choice of words but said it was “impossible to talk about all of the complexities of personal bankruptcy in a 10 minute radio interview”.

It should be noted however, in the radio interview, he was pressed by the interviewer, Mary Wilson, on his comments and he said “Absolutely. The same as for hospital consultants, people like that… Despite the fact that he’s insolvent, because remember, if we want the solicitor to continue to earn money or the accountant or the hospital consultant it’s important that he has his tools of trade for example.”

I read an article in yesterday’s Irish times about Eamon Gilmore getting legal advise on swearing a religious oath at the up coming Council of State meeting. The article quoted a press release from Atheist Ireland:

Atheist Ireland has today written to Tanaiste Eamon Gilmore, to remind him that next Monday, as a member of the Council of State, he will become the first Irish person to be asked to swear a Constitutional oath in the presence of a god that he is publicly on record as not believing in. It is an oath that a conscientious agnostic cannot honestly make.

Whatever he does will create a precedent. Either he will be seen as a politician of principle who will literally go down in the history books of Irish Constitutional law on the issue of freedom of belief and conscience in Irish politics, or else he will perpetuate the idea that swearing an oath means nothing in Ireland as you can do it with a metaphorical wink, and nobody really cares.

This kind of drivel pisses me off. It appears Eamon Gilmore will handle this as I would and as most right thinking people would – swear the oath and get on with the business at hand. The oath is contained in article 31.4 of the Irish Constitution and reads:

Every member of the Council of State shall at the first meeting thereof which he attends as a member take and subscribe a declaration in the following form:

“In the presence of Almighty God I,          , do solemnly and sincerely promise and declare that I will faithfully and conscientiously fulfil my duties as a member of the Council of State.”

It is, quite simply, a matter of law and a constitutional requirement that Gilmore will rightly perform without issue. The only way to change it is through a referendum and we have much bigger fish to fry in the country than holding a referendum on the wording of an oath.

Gilmore – like I and others – who have sworn oaths and made pledges of a non-secular nature, can separate the religion from the oath. This is how conscientious agnostics make oaths – our word is our bond. After all, an atheist has no deity to swear to or swear in the presence of.

The notion that by refusing to swear this oath, Gilmore will literally go down in the history books of Irish Constitutional law on the issue of freedom of belief and conscience is laughable and ridiculous. By refusing to swear the oath, both believers in Christ and agnostics will simply consider him a fool. A fool making a mountain of a molehill.

Atheist Ireland has lost the plot here – and all I know is what little I knew of them before the Irish Times published the ridiculous article, I only want to know less of them now.