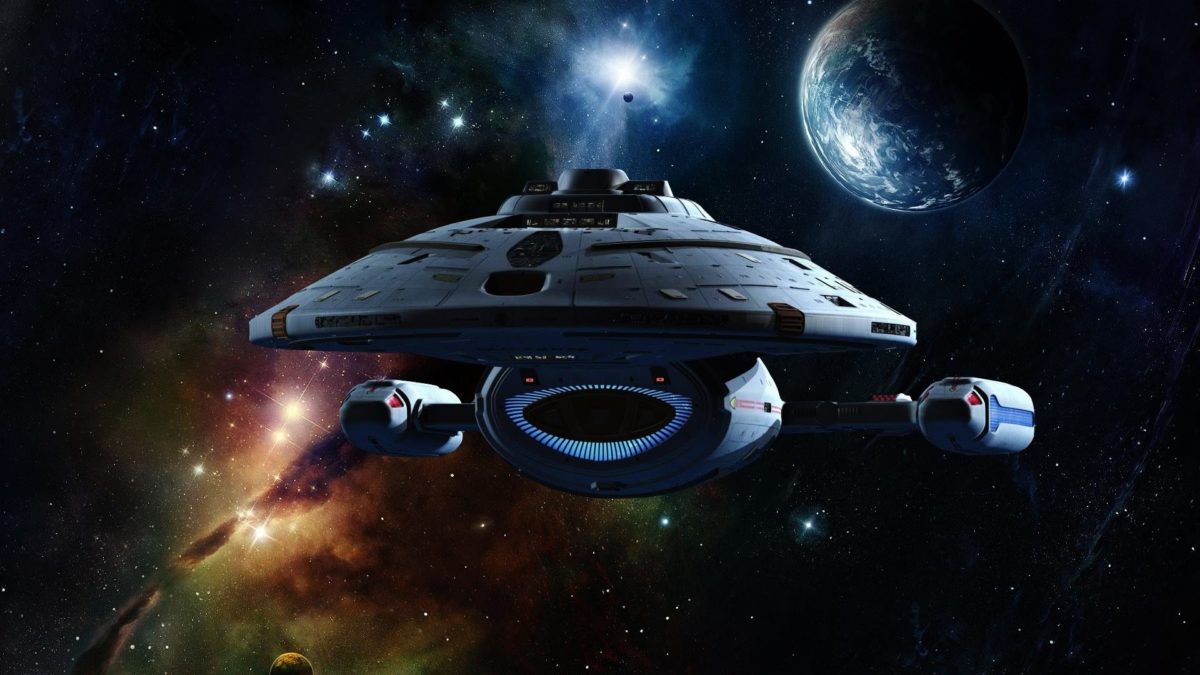 I watched the first episode of Star Trek: Voyager in my Junior Cert year in the function room of a pub with the local Star Trek fan club in early 1995. It was recorded in the US on a NTSC video tape, mailed over to the club runners in Limerick, copied and sent to local clubs around the country and then played on a compatible VCRs.

It was a different era – but, on reflection, a much more sociable one. These episodes, straight from the US, were enjoyed in groups with a few drinks. The new upcoming series will must likely be watched instead in darkened rooms, alone and as downloaded via BitTorrent (every bit as (il)legal as our Voyager viewing).

Voyager came around at a fairly hectic time for me. Started in my Junior Cert year, season 3 hitting my Leaving Cert year and the remaining seasons clashing with a fairly hectic college social life. I don’t think I ever missed an episode but it was certainly a non-linear erratic viewing. It left me with an overall poor impression of the show. So much so that I’ve never rewatched the series in order and in a short space of time until just these last two months. Almost twenty years later.

And that’s a pity. On rewatching, it was a great show. It also bodes well for what Bryan Fuller will do with the new series, Star Trek: Discovery.

So, some early, unedited and initial reflections on the rewatch:

Outsourced IXP expert, management team and operations team with INEX, the internet peering point for the island of Ireland. Project manager and lead developer of IXP Manager, a free and open source platform powering almost 200 IXPs around the world. IXP advocacy and consultant in both commerical and pro bono capacities.